With areas for studies and activities

To ensure calm and safe spaces, our school is designed in a way that research and proven experience suggest help improve learning³. 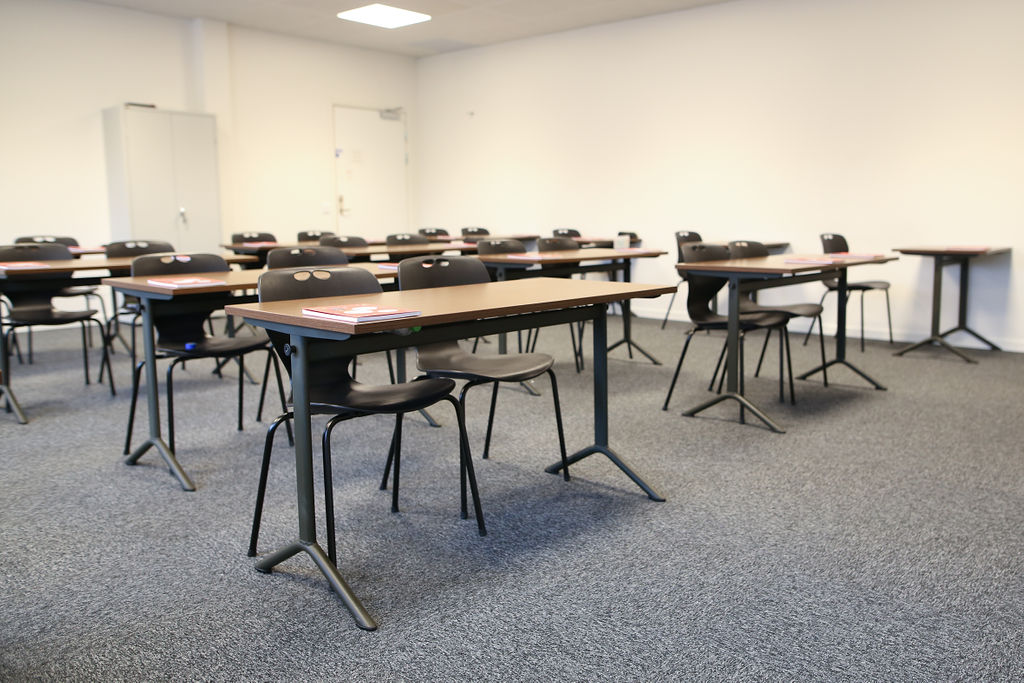 We use textile carpets and clean walls in the classrooms, which sets a disciplined learning environments. Social areas are characterised by more varied designs. Students are supposed to be able to be active during breaktime, both indoors and outdoors, and enjoy the company of their peers. Furthermore, there are calm areas where students can work together or read a book also during breaktime.

Areas for peace and quiet

Social areas are characterised by more varied designs. There are calm areas where students can work together or read a book.

Full speed on the breaks

Students are supposed to be able to be active during breaktime, both indoors and outdoors, and enjoy the company of their peers. Of course, we offer a school yard where the students can activate with lots of different sports and games. Inside, we have both classic board games, pingis and football games.

About the school building

The grand house on Linnégatan 5 was built between 1905 and 1907 for Elementarskolan för flickor, previously Nisbethska Elementarskolan. Education has been a part of the building’s history for over a hundred years. That tradition is now being continued by Nordic International School Kalmar.

Fredegunda Nisbeth was one of three sisters from a privileged family in Kalmar who lived in their family mansion on Ölandsgatan. The family was so wealthy that none of the sisters were forced to work for a living, yet that lifestyle was not meant for Fredegunda. She wanted to help the community and so she began to teach the daughter of a friend in the foundational school subjects.

Fredegunda was an excellent teacher and her pupil made great progress. When word spread of this, more and more locals wanted her to teach their daughters. In 1862 the Nisbeth School was subsequently formed, in the three sisters’ family home.

When Fredegunda passed away in 1875 there was a growing concern that the school also would disappear. In her place her sister, Georgina Nisbeth, stepped forwards and took over as the new head. Instead of closing, the school kept growing when a nearby girls’ school shut down and its pupils moved to the Nisbeth School.

Early on learning languages was given a high priority at the school. French was taught from year 1 and onwards, German from year 3 and English from year 5. Alma Nisbeth, one of the three sisters who also taught at the school, was well known in Kalmar for her ability to speak perfect English.

In 1902 Georgina and her sister retired due to old age. The school came into ownership of Kalmar kommun and its name changed to Elementarskolan för flickor.

Maria Creutz became the new head of the school but left just one year later. Her replacement was Anna Danielsson and it was during her time as head that the construction of the new school building on Linnégatan began. A more permanent residence for a school that due to its rapid growth had been forced to move several times since its founding.

In 1967 the school, which by that time had become a mixed school, closed down. Thereafter the building has been used by Linnéuniversitet, previously Högskolan i Kalmar, and has housed the department of language and literature as well as the department of cultural studies.

In 2020 the Nisbeth House once again became an elementary school and Nordic International School Kalmar could carry on the building’s legacy. Both in the sense of providing education with high academic expectations and prioritizing teaching languages.

Fisher Anna V. et al. 2014. “Visual Environment, Attention Allocation, and Learning in Young Children: When Too Much of a Good Thing May Be Bad.” Psychological Science 25: 1362-1370.

Stockard, Jean et al. 2018. “The effectiveness of direct instruction curricula: A meta-analysis of a half century of research”. Review of Educational Research 88: 479-507.

You can find out more about which cookies we are using or switch them off in settings.

We use cookies to improve your user experience at our websites. With the help of the analytic services of Strategic Audience Map and Google Analytics we monitor the traffic at our websites and record statistics. We also sometimes show you personalized advertisements based on websites you have previously visited or what you have previously searched for. We do that with the help of both Strategic Audience Map and Google Adwords.

You can easily turn cookies off for all websites you visit by going to your browser’s settings.

Do you have questions?
If you have any questions regarding how we process your personal information, please email your question to gdpr@nordicinternational.se

Strictly Necessary Cookie should be enabled at all times so that we can save your preferences for cookie settings.

If you disable this cookie, we will not be able to save your preferences. This means that every time you visit this website you will need to enable or disable cookies again.

This website uses Google Analytics to collect anonymous information such as the number of visitors to the site, and the most popular pages.

Please enable Strictly Necessary Cookies first so that we can save your preferences!